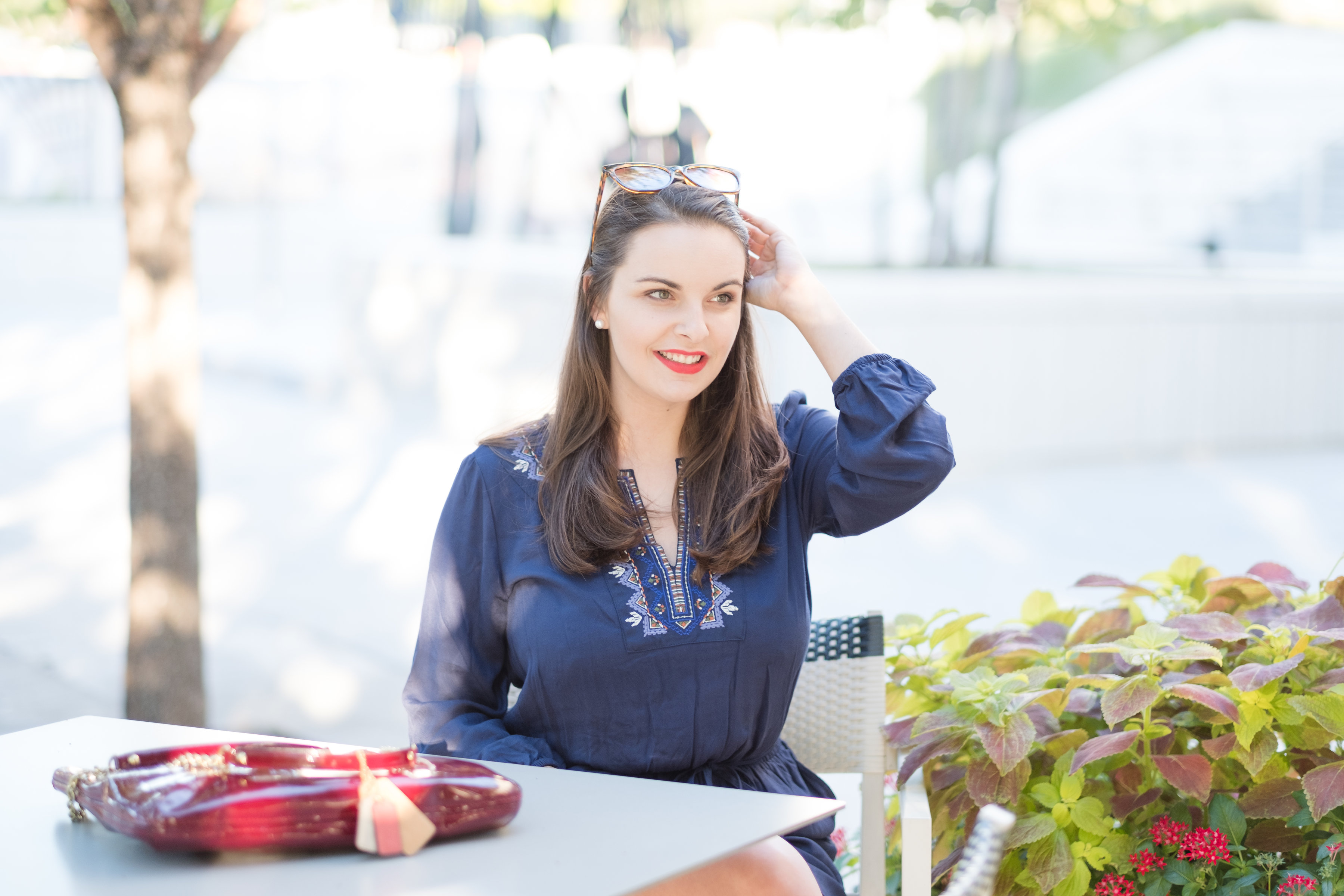 Happy Friday loves! On Wednesday, I was super excited to find out that an article I wrote was published on the Money Saving Mom blog! I’m certainly not a mom, but I know how important it is to learn how to save money. In the article, I talk about my addiction to shopping and how I’ve slowly found ways to break free from it and save money too!
Today, I’m going to give you my golden rules for shopping so you can get the best deal wherever you are and no matter what you’re looking for.

Do you have any golden rules for shopping? I’d love to hear them! Leave me a comment! 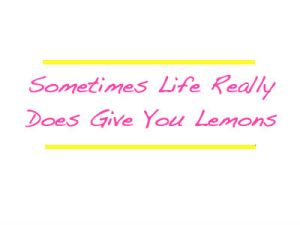 I was thinking earlier about all the illusions I had as a child of what being an adult would be like. I found myself laughing at quite a few of them. For some reason I had the crazy idea that there would be no rules, I could eat cake whenever I wanted, and spend money on whatever I wanted. Oh how wrong I was! Although, I could eat cake whenever if I still had the metabolism of my 7 year old self. I lost that a long time ago.

I came up with a list of a few things I totally got wrong as a teenager wondering what adulthood (particularly life in my 20s) would be like. If you care to, read on and see if yours match up with mine!

1.  Life is not like an episode of The Hills and you are not Lauren Conrad. No one has time to go out every night and no one has the money to. Work attire will also consist of more than jeans and a blazer.

2. After college you will have an entry level job. Your cubicle (because you don’t get an office for a few more years at least) will be next to someone who either wears too much perfume or not enough.

3. Because you hoped the college years would last forever, they abruptly stop after graduation because everyone got their “ring by spring”. From now until you’re about 33, engagement, wedding, and baby announcements will be in your mailbox or inbox daily.

4. Finances are worse than when you only got an “allowance” from mom and dad. At least then you only had to budget for two things: your next trip to the mall and the movies.

5. Eating healthy will still be just as hard for you now as it was when you were at college, not to mention just as expensive. A fresh salad topped with almonds, strawberries, and balsamic vinaigrette will always be pricier than the mac and cheese a few aisles down.

6. You realize that the 5-year plan just turned into “go with the flow” because no matter how hard we try, some things just don’t turn out the way you wanted them to.

7. There are more rules now than your parents ever had for you. Most of these rules are unwritten and through trial and error you will learn them.

8. No one cares that you were captain or president of anything in high school. They might care about it if it was in college, but only if it somehow benefits them, otherwise it really doesn’t matter much.

9. The short shorts you wanted to wear but your parents said “no” to are now socially unacceptable unless you’re going to Wal-Mart or the beach. They aren’t a statement piece for your outfits anymore.

10. You will not be driving a Mercedes-Benz or Audi. You’ll still be driving the car you bought in high school or one your parents are lending you.

Does your list match up with mine? Let me know in the comments!

Today is the last warm day of the season I’m thinking. While parts of Minnesota got 40 inches of snow, my hometown in Maryland sported a breezy 68 degree day with abundant sunshine. Towards the end of my afternoon I noticed the breeze was getting a bit brisk for my taste. I don’t do brisk. I do warm breezes and sunny days. As much as I adore mittens, warm coats, Ugg boots (I know, so tacky), and PSL from Starbucks, I just prefer 75 degrees and a shorts and hoodie combo. How chic, right? 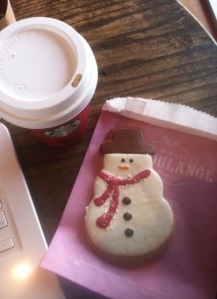 In my efforts to embrace the coming holiday season, I splurged at Starbucks and bought their new Chestnut Praline Latte and a snowman cookie. All I can tell you is to try that latte! I’ve never had a drink from there I enjoyed so much. The cookie, eh, well it was made in a factory far away from here and doesn’t have that home-made sugar cookie taste. But, hey, it’s sugar. I’ll take it!

This time of the year I enjoy window shopping and taking a look around stores to see what Christmas-y things they have on their shelves. I have the worst time restraining myself. Today, I think I did rather well. I’m trying to save money for after my graduation when I have to relocate to who knows where. Spending money is so easy, making money is next to impossible. In my endeavors to do the latter, I found a few freelance writing gigs. Now, if I could only get people to respond to emails faster then I know I would be on the fast track to getting out of the red.

Speaking of getting out of the red, if you’re like me you have some student debt to pay off from college. I’ve always wondered how on Earth I would be able to pay back every cent I owed to the government, but I’ve found a clever way to do it that I bet you’ve never heard of. It’s called FundUcation.com and this website hooks writers, marketers, designers etc. up with short-term freelance work with small businesses. The cool part is each time you get paid for a job the money you make goes directly towards your student loans. When you sign up, the website will ask for your lender’s name and your account with them. After you get your first job done, the payment will sync with your account and pay back some of your loans. The jobs don’t pay thousands, but they do pay up to $100. I talked to the founder of the website, Chris, and his vision was to make paying back student loans easier and faster.

There are so many brilliant people out there and I’m working my hardest to be one of them. Do any of you have clever ideas on how to make money? I’d love to hear them. Comment below and share with your besties!